There is no snooze button for a cat that wants breakfast.

Fall in the PNW typically means chilly mornings that turn into fantastic afternoons, but it takes most of the day to be considered warm. This means Ernie follows us around in the mornings demanding to be snuggled so he can warm up. I’m trying to convince him a cat hoodie is the answer, but he seems reluctant to agree. 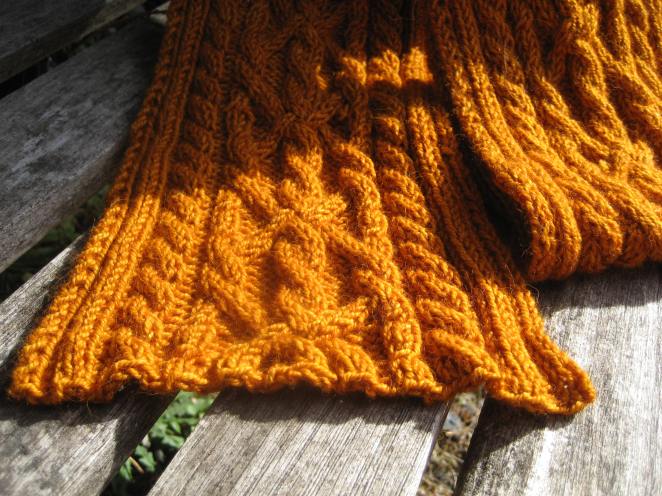 Maybe he would prefer I make him a scarf like my second completed project for September. Sunset cable scarf would look great on him. The bright color would accent his tiger stripes, and he loves to carry around skeins of alpaca wool blends. I even have enough Dos Tierras leftover to make him one. This is another completed Malabrigo March project and a Christmas gift. I’m down to three Malabrigo March projects left to finish. Maybe this will be the first year I actually finish all my MM projects before the next one starts! 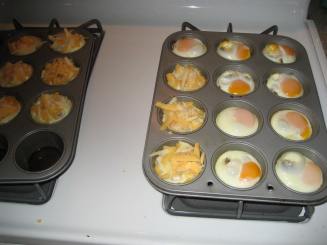 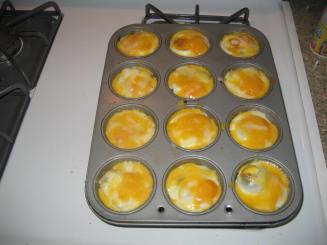 Last weekend, I tried a new low carb breakfast recipe from The Complete Low-Carb Cookbook. Better Cheddar Sausage & Egg cups were easy to make. The recipe called for six ounces of sausage, but the smallest amount I could find was 16. That means I had 16 eggy cups instead of 6. These are fantastic leftover and great for breakfasts on the go. It’s a protein packed muffin! I’m really excited to try the low carb waffles and coconut flapjack recipes. I love a good flap jack! (Let’s hope it’s better than that fake french toast recipe I tried a few months ago.) 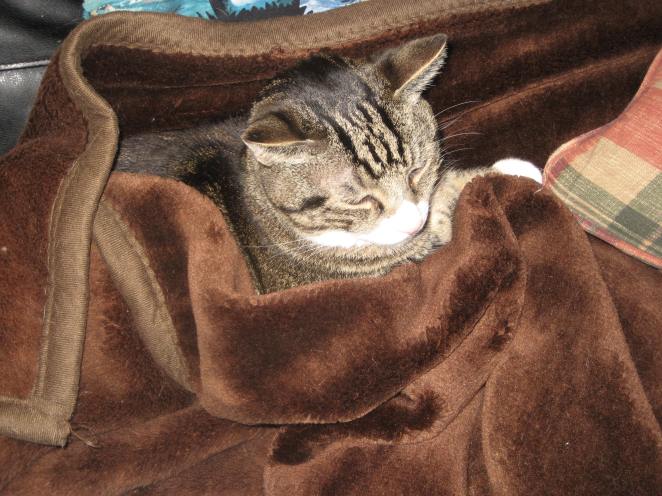 Instead of knitwear for the kitties, we’ve been trying to keep them warm and cozy.