Count Down to Nuclear Cat

Way down deep, we’re all motivated by the same urges. Cats have the courage to live by them. ~ Jim Davis

The kitties have their annual check up in the Spring. It’s normally at the end of April. This month they all turned 10! That means a Senior kitty screening. All week, I’ve been thinking about how much weight Ernie’s lost this past year. The British Hubby and I have both been feeding him extra portions and treats, but he still is losing weight. We decided to move up his Senior screening and Wellness check. 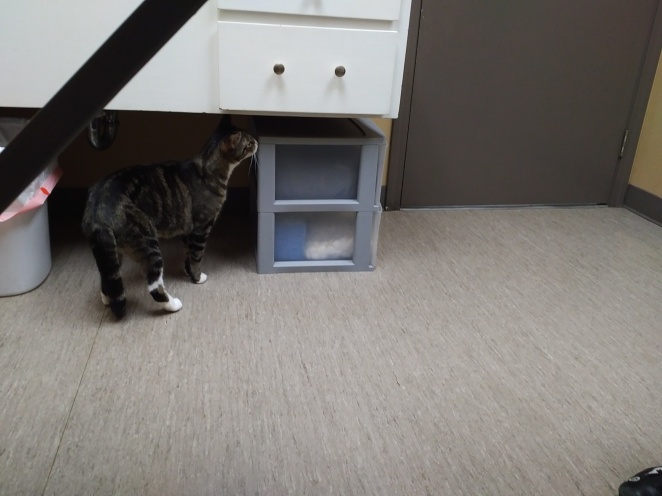 Much to Ernie’s dismay, our vet actually got us in the very same day I called. He’s actually pretty chill at the vets. It’s the car ride he dislikes. 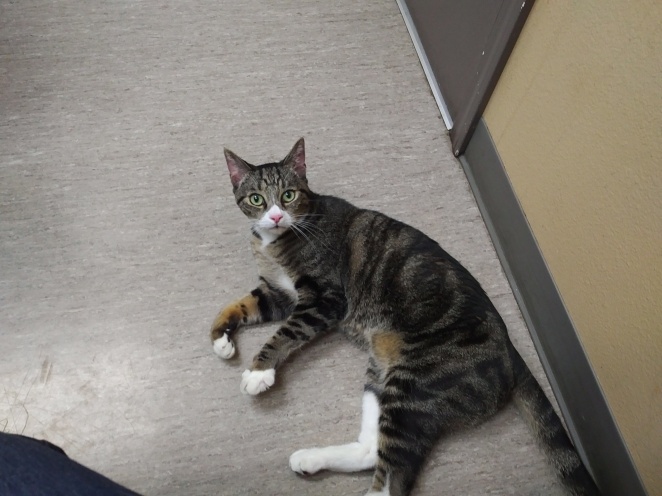 Turns out it was a good idea to move up Ernie’s appointment. He has a hyperthyroid that is producing three times the normal amount of kitty hormone. It’s making him more active, hungry and lose weight. Left untreated, it would kill him. The British Hubby and I discussed treatment options. We settled on the radioactive iodine procedure. Fortunately, there is a hyperthyroid treatment facility that specializes in this procedure. It’s a bit of a drive, but well worth it I think. It only treats cats. Poor Ernie has no idea he’s going to become radioactive cat in a month. I’ve even created a count down. 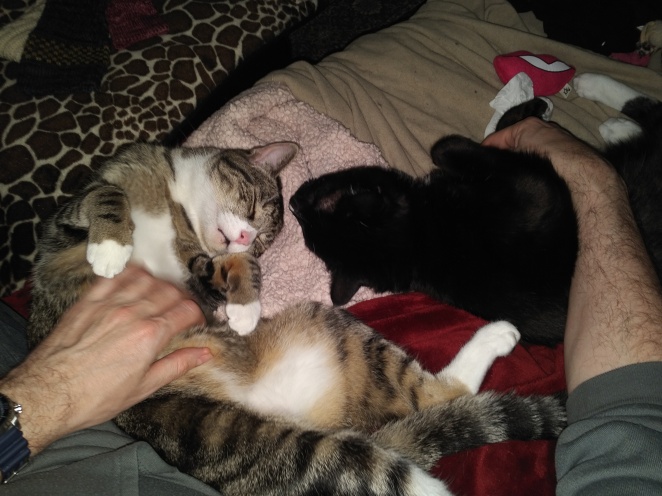 Burt is helping calm Ernie down after the vets. They’ve spent their entire lives together. It will be interesting when Ernie’s out of the house for a few days.

I think I may need to keep my hot yoga/sauna quest going to help deal with the Ernie stress. I’m currently on day nine.