The search for truth is more precious than its possession. – Albert Einstein

Have you ever wondered if Yeti’s really do exist? I’ve always believed Yeti, Sasquatch and Big Foot originated from the same folk lore, but not so. The Yeti’s homeland is in the Himalayan Mountains. North America’s indigenous population used the Salish phrase Sasq which became the word Sasquatch. Big Foot can be traced back to a Humboldt Times story in 1958. While there is no scientific proof, Yeti sightings date back to Alexander the Great. You can read more about the Yeti here. According to National Geographic, one man did find the Yeti. 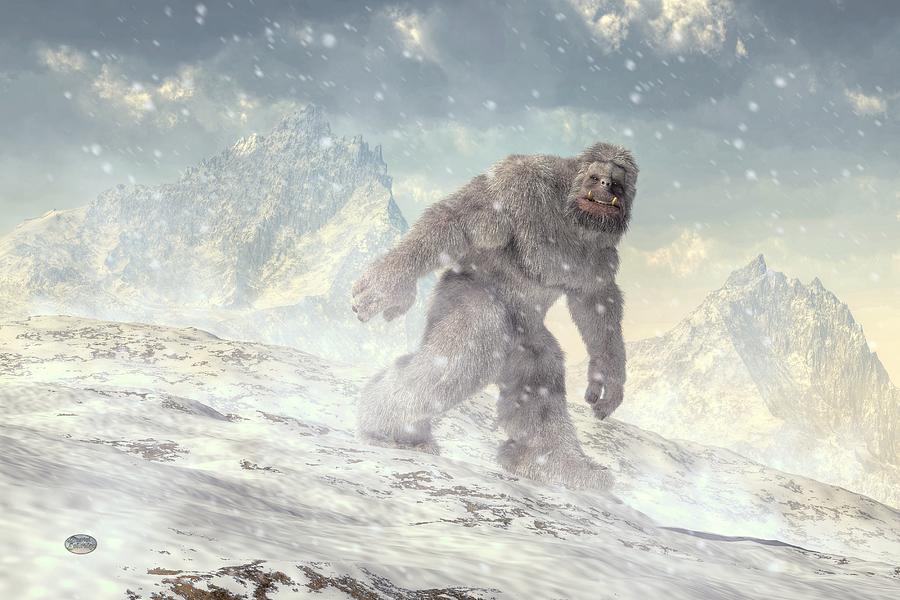 Personally, I think the Yeti is a reclusive tea drinking introvert that is deeply worried about his fur coat being turned into high end yarn. I can’t blame him. Imagine how warm and fluffy that coat must be. Not to mention it repels snow and ice. I suspect he’s saving all that fiber for handmade socks. Look at how big his feet are!

Keep your paws off my tuna stash!

Or maybe, the Yeti is just a bunch of cats acting together as one giant animal on the hunt for tuna. Gracie would make a pretty good Yeti.