June is usually a very pleasant month in the PNW. The mornings are crisp, the afternoons are sunny and the sunsets after 9 p.m. The past few days have been unseasonable warm. Today’s high is around 95 degrees Fahrenheit or 34.5 degrees Celsius.  That means knitting on big projects is sort of unpleasant. It also means copious amounts of iced beverages must be consumed while sitting in front of the fan. Even the kitties have been in front of the fan. 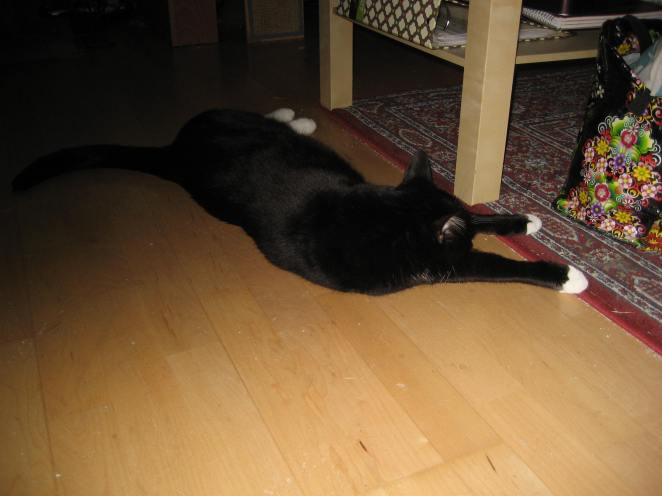 This is how I managed to knit the second short row lace panel on my Washington Mist. I just finished the first of five repeats in part 3. My goal is to knit the third lace section next weekend. 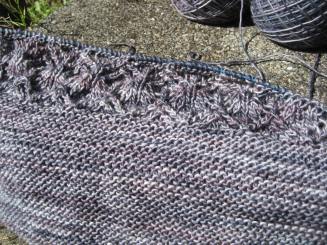 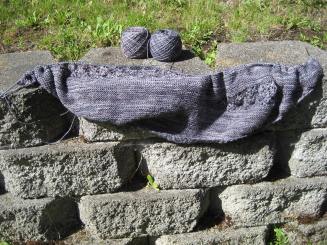 Socks make great knits for the summer heat. They are small, portable, and I love putting on a new pair of hand knit socks when it turns cold. That’s probably why numerous Orphans are socks. Here’s a group shot of the socks I’m currently working on. On top is cuff one for TdS. At last count, there were 63 finished pairs of this sock in the TdS group since June 1st. The pair of socks on the left is a TdS pattern from 2014. I’m on the foot of sock two which is exactly the same place as the second Rios sock for the British Hubby. I know I would finish things faster, if I stopped casting on socks. Where’s the fun in that? 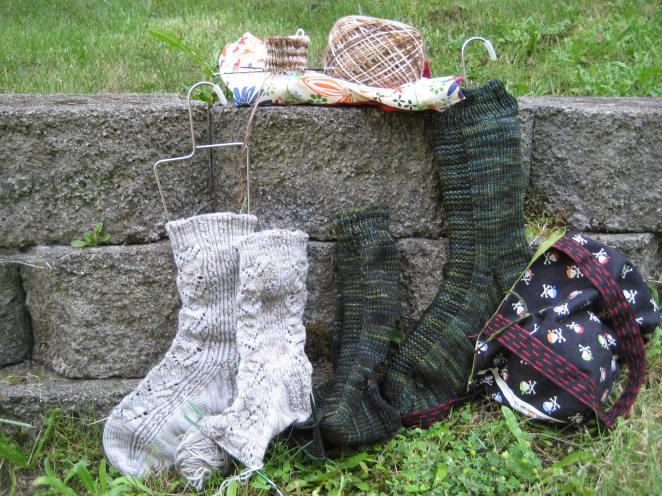 With a little luck, the next post will have a liberated Orphan from a cooler PNW knitter.