It’s Tuesday. That means hats. Today I’m talking about hats with accoutrements or extra paraphernalia. I’m currently working on two different hats that have accoutrements. I’m also using two different ways to attach the fiddly bits. The first is I’m no Chicken. I’m using Malabrigo Rios on this one. The pattern is Little Chicken Baby Hat that I adapted to be for an adult. I did some research on the best way to attach knitted parts. I came across a helpful tutorial on Stitch Geek. Basically, I whipped stitched the comb, but left the bottom open. This allowed me to whip stitch both sides onto the hat giving it sort of a 3-D effect. It also helps it stand up. You can sort of see the close up below. 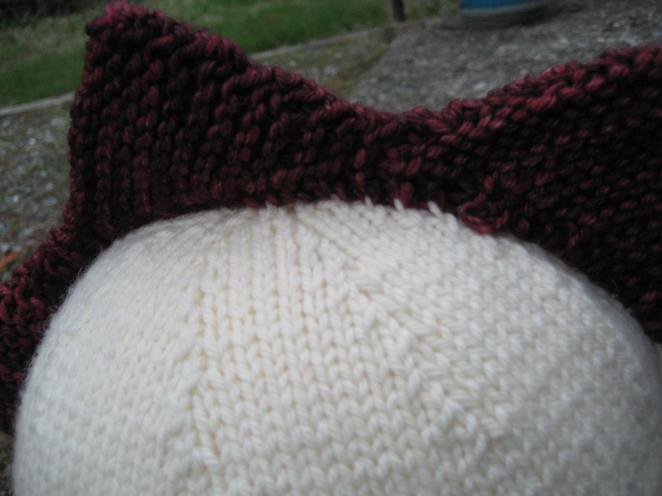 The second hat I’m working on has been commissioned by my coworker (I hardly ever do this). I’m making a reindeer hat again out of Malabrigo Rios. The pattern is Reindeer Antler Baby Beanie.  This pattern has pick up stitches and knit the antler and ears onto the hat. You can see I’m almost done with the second antler. This way does seem a bit quicker to finish.

This week Burt was checking out the new movie releases in Sound and Vision. He misread the title of Batman vs. Superman thinking it was Batman vs. Catwomen. I think Burt has a crush on Catwoman. 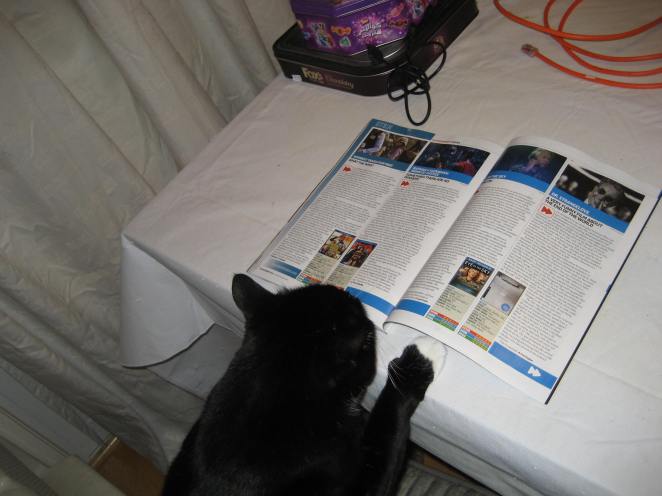 Okay, I know what you’re thinking. It’s almost the middle of the month and no liberated Orphan wips yet. What can I say. Where does the time go?