Yesterday was the summer solstice. In the Northern Hemisphere, it was the longest day of the year. I know it seems odd that I’m writing about bed socks now. What can I say, winter is coming. Until a few years ago, I had never been a fan of thick bed socks. Maybe that changed when I moved to the PNW. Now, I love a good a thick cozy pair of socks for lounging around the house. Last year, I made the British Hubby his first pair of Rye socks. He immediately claimed one pair was not enough. Can you blame the man? Bed socks are fun to knit and amazing to wear. Below is a progress photo the British Hubby’s Glazed Lumberjacks. I’m working on sock number two! 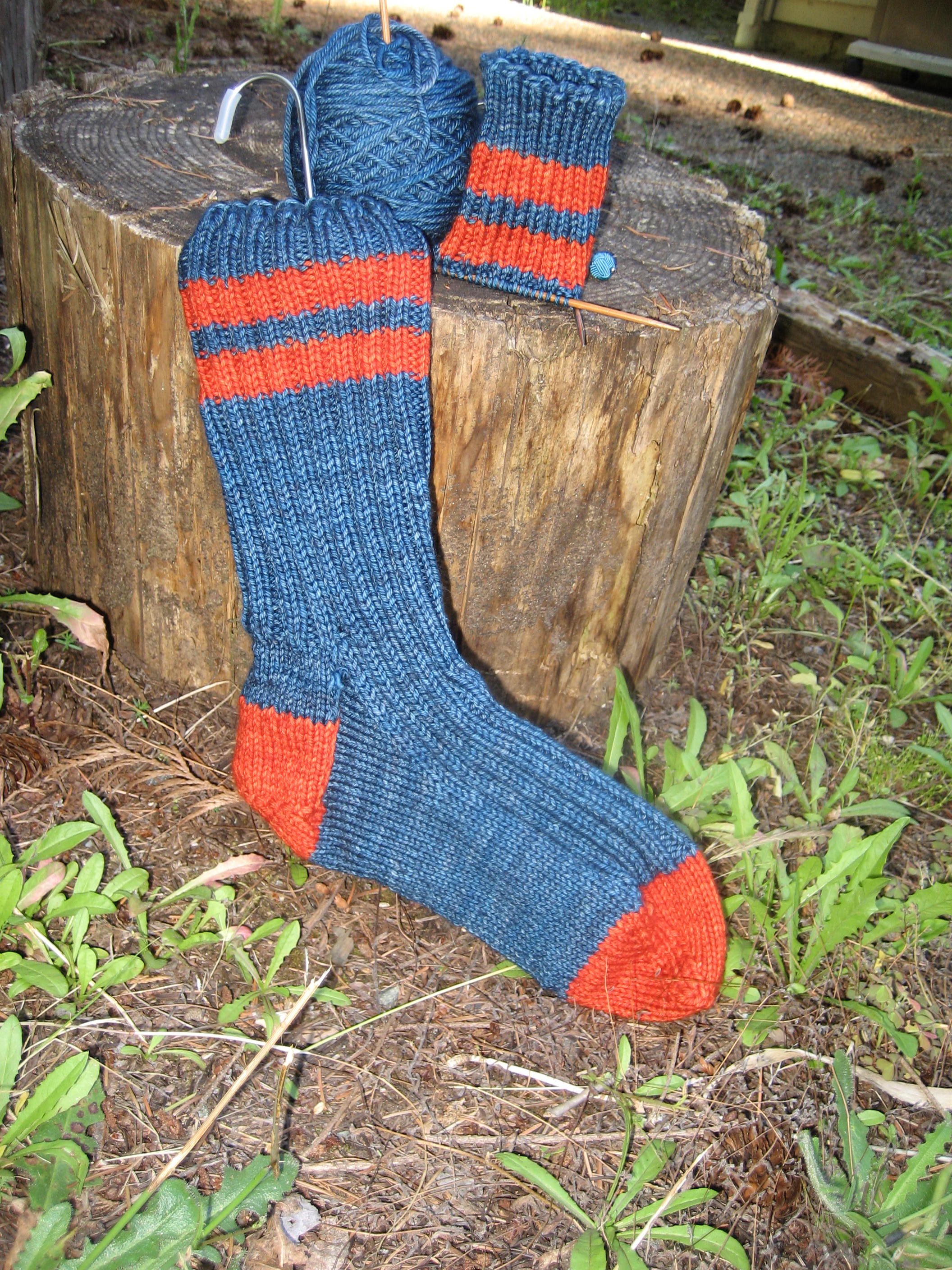 Last month, I had several multi-colored May projects planned I just didn’t get started. I decided it was okay to cast on one new project this month. I did mention Winter was coming right? I’m going to need warm bed socks, and I don’t have any socks using Malabrigo Twist. For scientific purposes, I must determine which Malabrigo base creates the best bed sock. (Okay, that’s my story, and I’m sticking to it!) Thus, here’s my Twisted Lumberjacks in Caribeno and Sunset. I can tell these are going to be a delight on my feet when the rainy season returns. 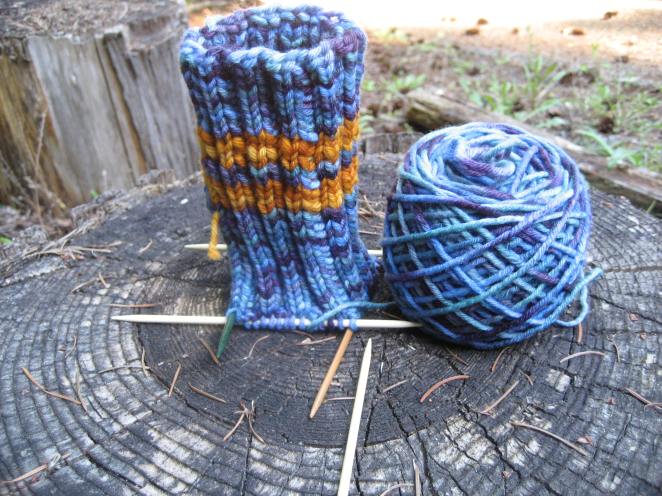 Gracie is keeping an eye on the neighborhood. 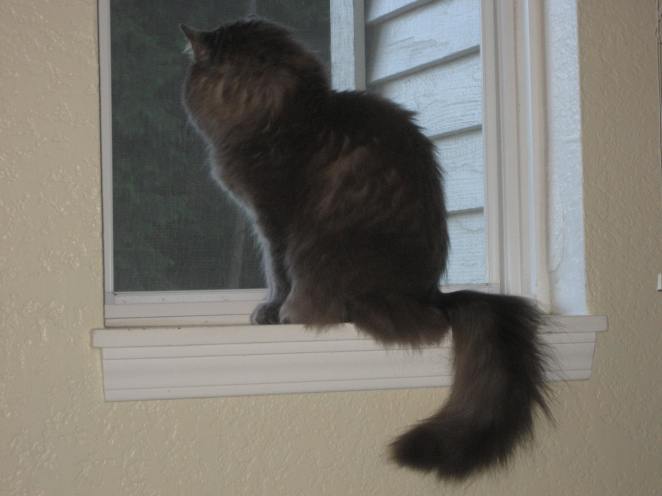 How did you spend the Summer Solstice?