If you come to a fork in the road, take it. ~ Yogi Berra

Last Saturday, the British Hubby and I decided to try a new hike. We packed our bags the night before and set the alarm. It wasn’t easy to get up early on a Saturday, but our determination paid off as we were the first car parked at the trail head. The first two miles up where hard. We had just stopped for our first snack to refuel when a group of trail runners passed us making the elevation gain look like a stroll through the park. (Seriously, I was already a little exhausted.) Upwards we hiked.

We had some stunning vistas on the way up.

Naturally, the only rain shower was when we reached the lake for lunch. So we didn’t stay long nor did we get any photos. I don’t even think a photo could do this view justice. It was that spectacular.

We almost had a knitting mishap. I had taken off my Mount St. Helen’s Cowl on the way up so I wouldn’t over heat. It had fallen out of my pocket, but a kind trail runner found it and placed it on a branch so we would see it coming down. Eggplant Constellation was making it’s hiking debut. Sadly, I didn’t even get a photo of it out in the wild.

Between almost losing my knitwear and the grueling 4.5 miles up only to come 4.5 miles back down made the British Hubby and I were a bit cantankerous by the time we returned to the trail head again. We had sore limbs, but our souls were rejuvenated. 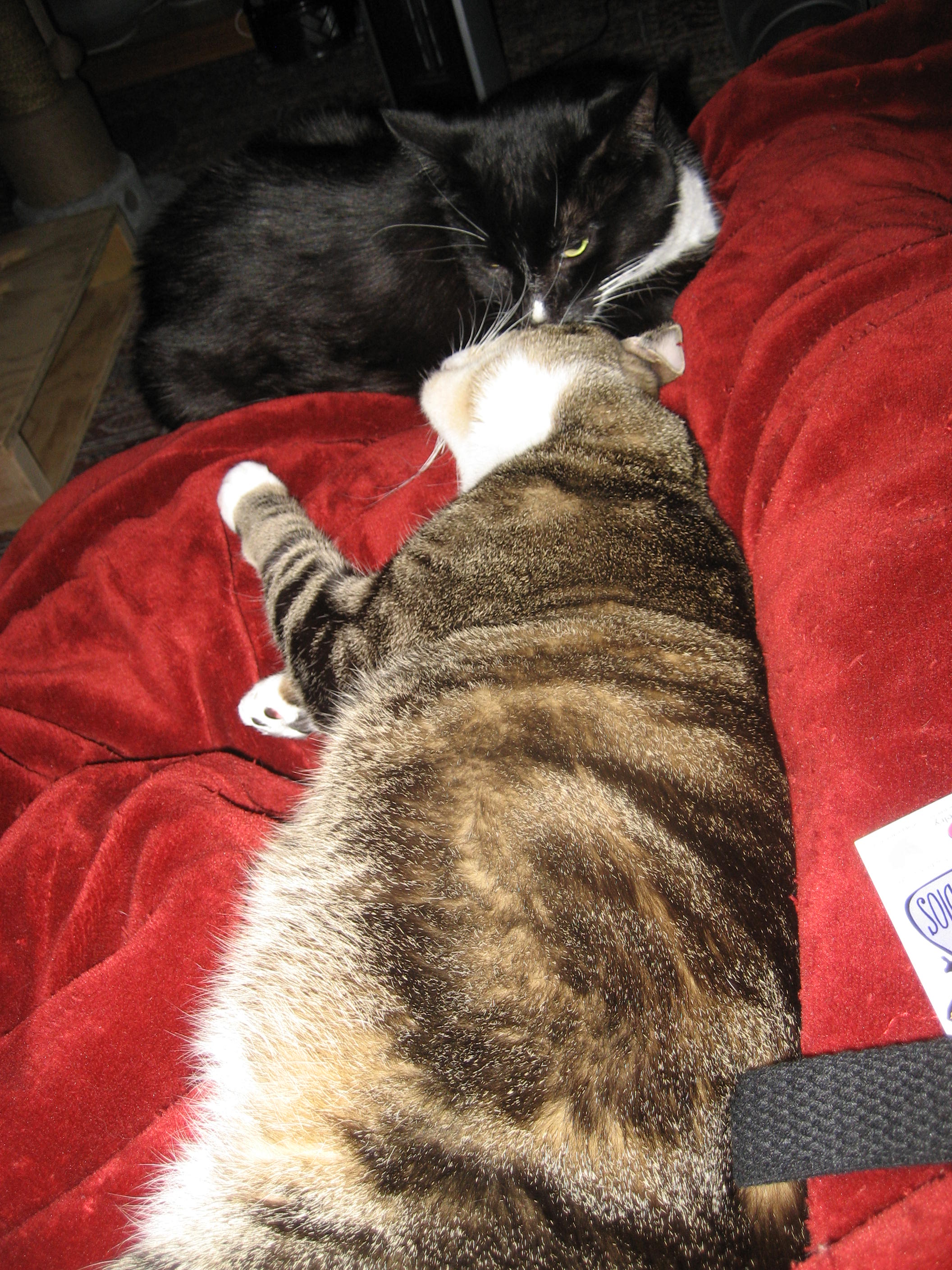 I’m not even sure the kitties noticed we were gone!