The Joy of Cooking

If you’re afraid of butter, use cream. ~ Julia Child

Typically, the British Hubby and I share cooking responsibilities. Often times, he’ll handle the protein portion while I make the veggies/side dish. Unfortunately, the British hubby’s day job is keeping him far too busy the past week. This means I have KP (kitchen patrol) duty all week. To spice things up, I decided to try several new recipes.

The first new recipe was Smashed Brussels Sprouts. This recipe was fun to make. I especially enjoyed smashing all the brussels sprouts. What a great way to get out some frustration and eat healthy. These taste as great as they look smothered with caramelized cheese. 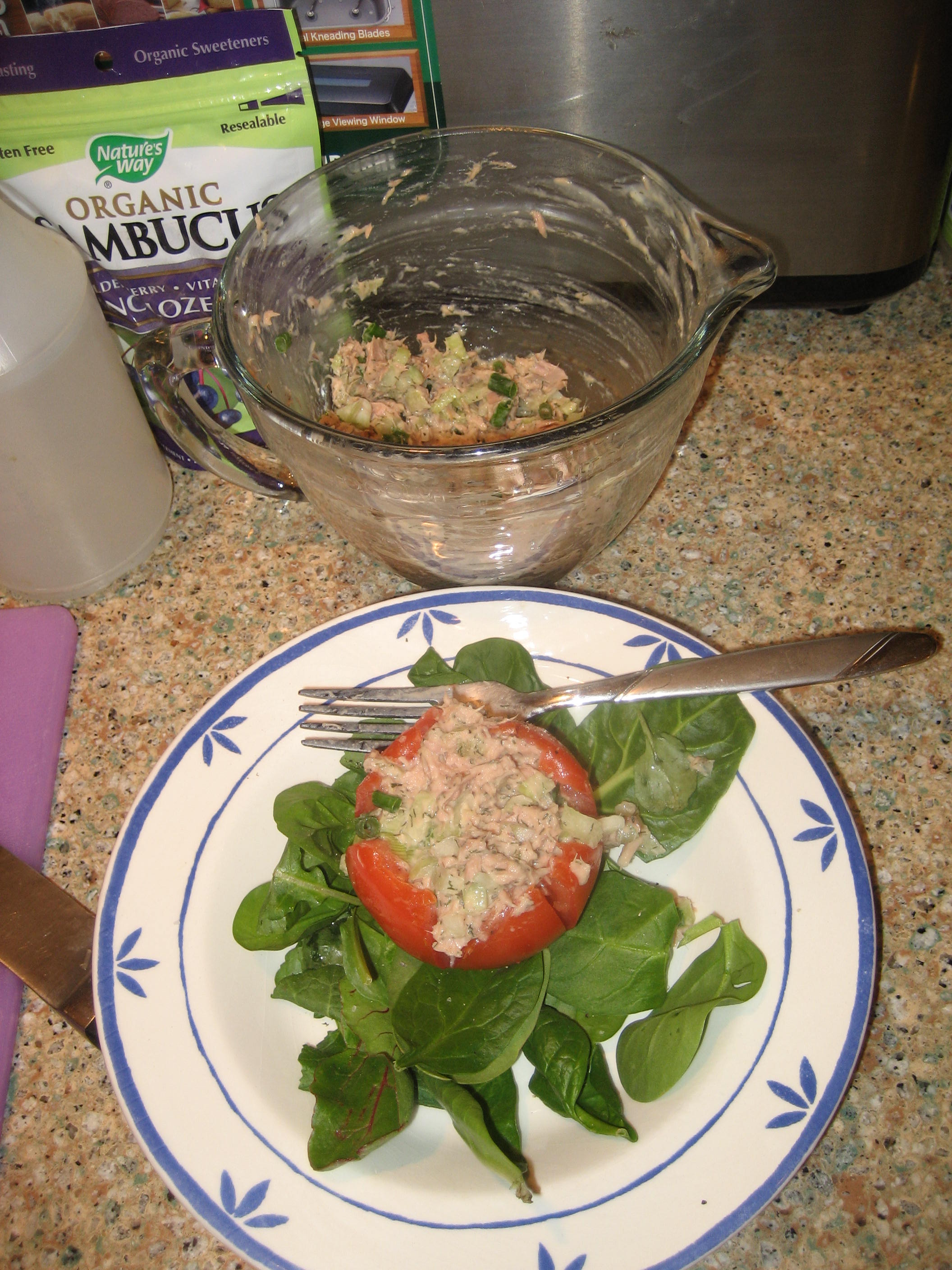 Next I tried two recipes from George Stella’s The Complete Low-Carb Cookbook. George has quickly become my favorite cooking buddy. I love a good tuna salad. The British Hubby loves tomatoes.  This Tuna Salad Stuffed Tomatoes recipe is the best of both worlds. Quick, easy and delicious describes this dish. It also reminds me of summer meals on the patio.

Last but certainly not least is Smothered Chicken Cordon Bleu. Not as quick to make as the tuna salad, but I still managed to put this together on a work night. This was my first attempt making chicken cordon bleu. We decided on getting thinly sliced chicken breast which I think helped on the portion size. I still cut these in half for a hearty meal with some veggies. This was a fantastic winter low-carb meal when you want a casserole. The British Hubby promptly requested this be on the regular rotation.

While I was making dinner, Burt eyed up this box suspiciously.