Of all the paths you take in life, make sure a few of them are dirt. ~John Muir

This is week four of my new workout plan. I’m back to running in the mornings. I’m a bit out of shape. To give my body a chance to repair, I’m running every other day and going to 6:00 a.m.hot yoga on the off days. Hot yoga is a fantastic way to start the day. Unfortunately, my shortened summer hours will come to an end next week meaning the end of 6:00 a.m. hot yoga. Early morning runs help beat the heat wave we are currently having. (Fingers crossed this is the last day of super hot.) A few Saturdays ago, the British Hubby and I went for a local hike. Early on the British Hubby took this photo below. 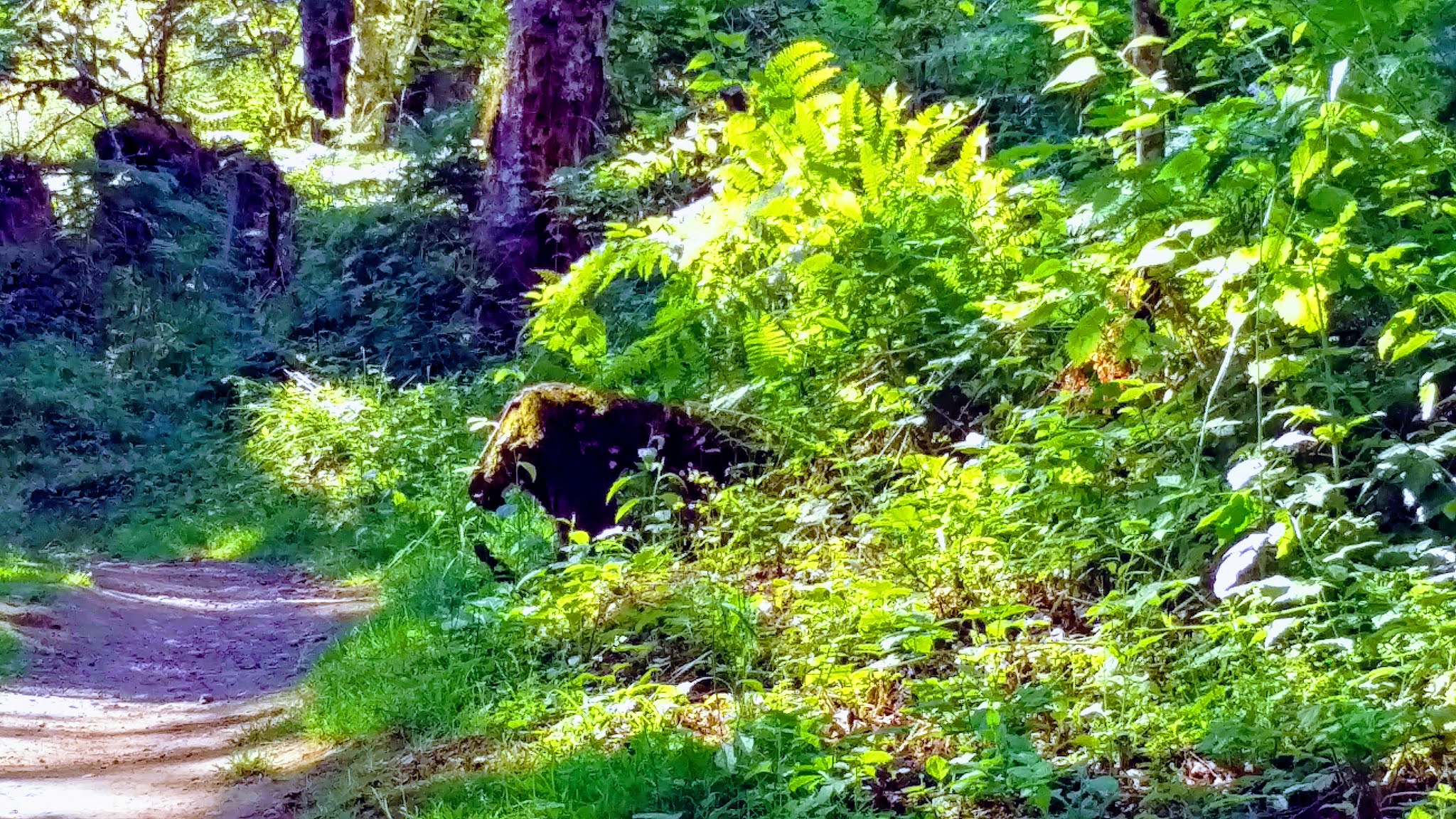 What do you think it looks like? We thought it looked remarkedly like a wild boar. As we approached, the wild boar turned out to be a moss covered rock. We had a great chuckle over it.

With the scorching temperatures this past weekend, I tried a new gelato flavor, toasted coconut fudge. I think I keep buying these for the fun sayings under the lid. Fortunately, the hot weather should be coming to an end this week. That also means my ice cream eating days are over since I won’t need to cool off in the evenings. 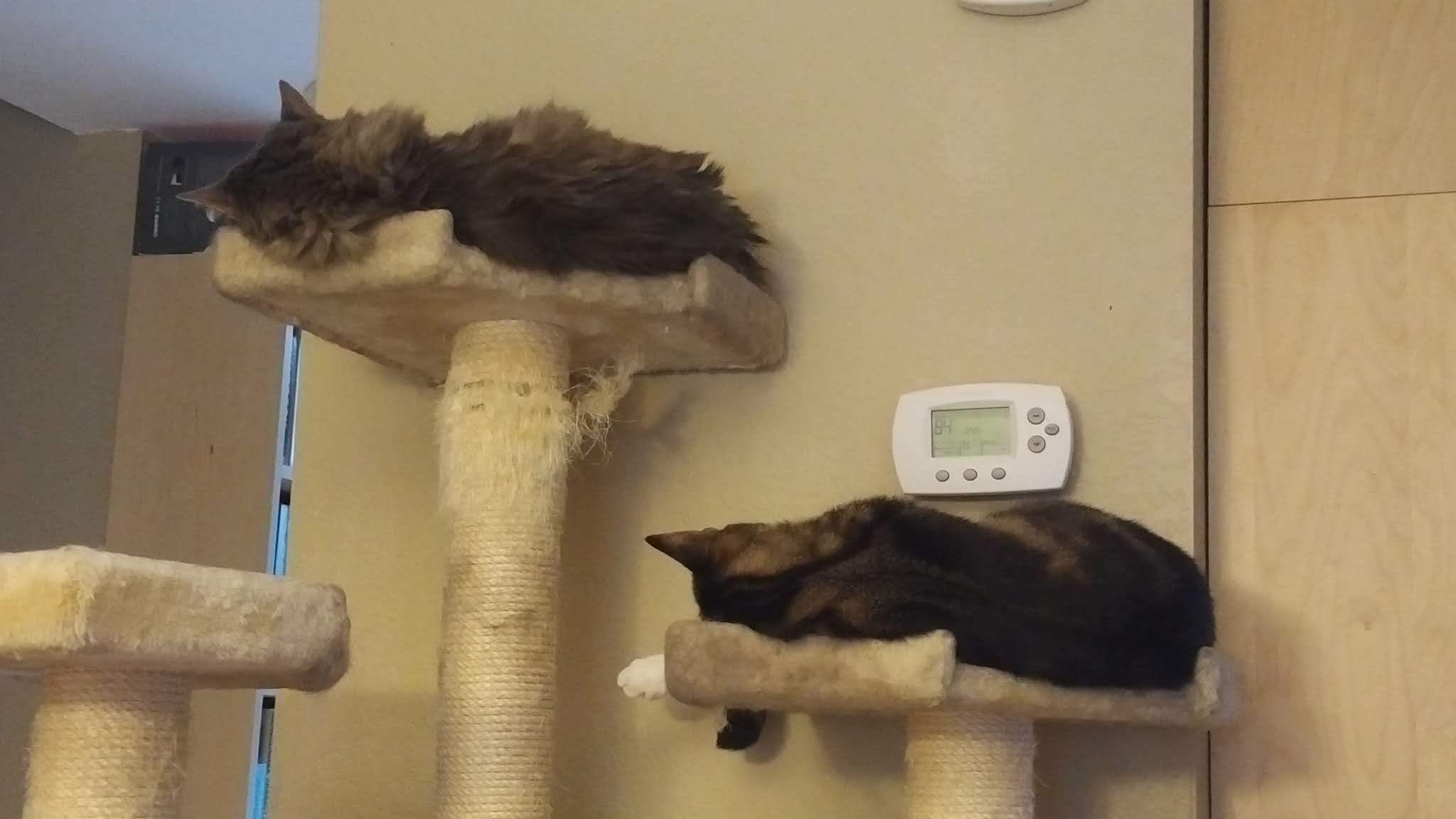 Poor Ernie and Gracie are both trying to escape the heat. They haven’t figured out that heat rises. You can sort of see Gracie’s tufts there. She only tolerates about two minutes of brushing which isn’t nearly long enough to brush out her matted hair. It’s been so hot, her fur is felting together. We’re trying to cut out the new tangles daily, but she doesn’t exactly enjoy going to the kitty salon.

Eek, it’s almost the end of July. I’m not sure I’ve finished any projects yet this month. Let’s see what I can accomplish in the last 36 hours.