In ancient times, cats were worshiped as gods; they have not forgotten this. ~ Terry Pratchett

It’s common knowledge the cats were gods in the Egyptian culture, but cat deities are found in many cultures all over the world.  Here are five examples of your kitty may deserve worship. If that’s not enough evidence, here’s six more examples. I think my favorite are the Polish protector and shape shifting Greek goddess. How else do you explain cat’s inability to understand how gravity works? There’s even a cat museum in San Francisco. 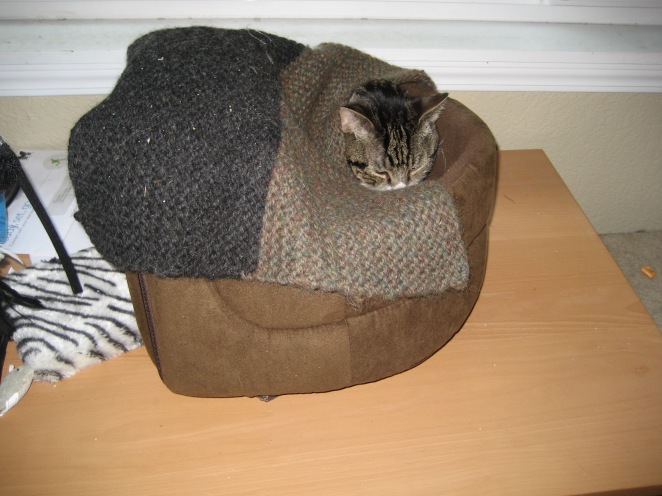 It does seem suspicious how a purring cat can soothe you into submission. And how cute they are as fluffy kittens. That has to be a ploy of some sort. I would not at all be surprised if Ernie was using mind control hypnosis while sleeping to force me to buy more yarn. 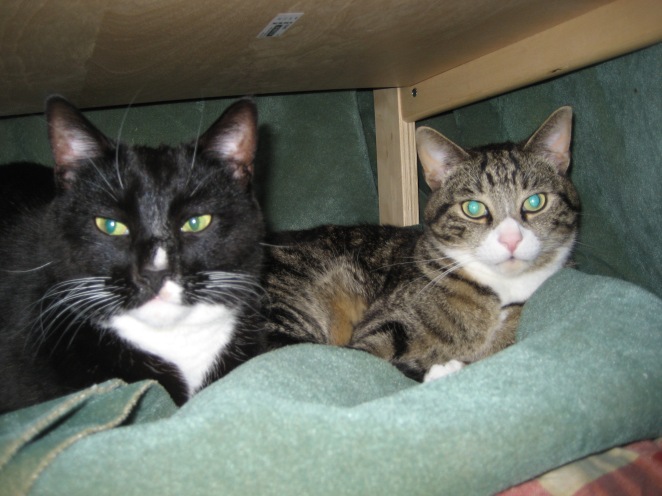 Don’t Burt and Ernie look like their on thrones int their kitty cave? They certainly look royal. Burt’s thinking, “Enter with your tuna homage.” 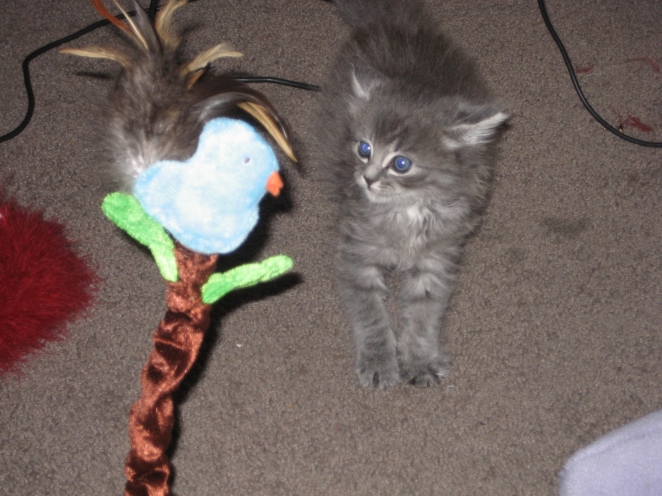 Gracie’s cuteness here is almost evil. Look at her blue eyes. She’s smaller than her very first toy. I think she’s even fluffed up to attack the bird.