Break in the Heat Wave

Last week, I talked about the Dog Days of Summer. Typically, this ends around August 11. This past week, the Dog Days of Summer were in full force in the PNW with highs in the upper 80’s to mid 90’s. Any type of crafting becomes rather challenging. It’s hard to get excited about creating warm winter knits when I’m trying to not over heat. Today, we had a break in the heat with a high of 77 and a cold breezy. 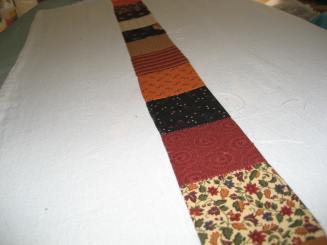 Yesterday, the British Hubby was kind enough to lug the ironing board and fan down to the lowest level so I could keep working on my Holiday Patchwork tea towels. These are coming along nicely. I should have several finished this week.

I also had an exciting package this week. The long awaited fourth skein of Malabrigo in Cielo y Tierra arrived! I might have been able to finish the scarf without it, but I didn’t want to chance it. I’m also alternating skeins since I have different dye lots on each skein. 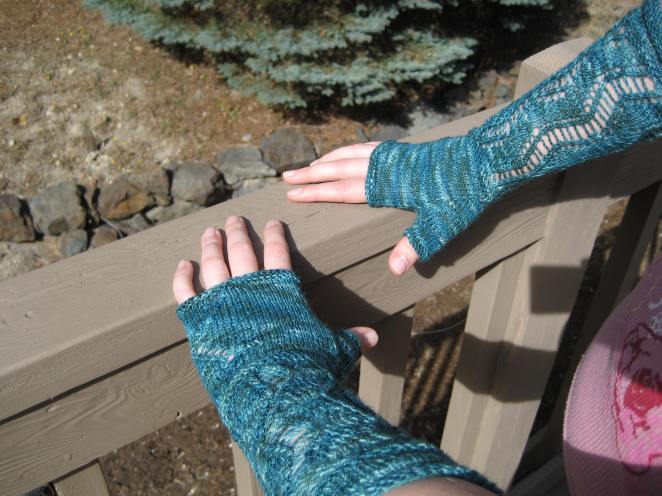 Finally, I have another finished project. August is more than half way finished. I really should have four or five liberated Orphans by now. I might need a Hail Mary Comeback this month. Presenting Mystery Mitts, Liberated Orphan number two for August. This project didn’t have a project page until today so I have no clue what yarn or needles I used. This was another project that was 98% finished. When I pulled it out of the bin, it was missing one thumb. Just one!

Burt was in his “winding yarn” chair waiting in anticipation. He loves the winder.