Whenever you wear your hat, your day will be special. ~ Margo Nickel

It’s been hat weather here in the PNW for quite some time now. The subfreezing temperatures are back (we even had black ice this week). Naturally, this means I’m knitting more hats. Can one really have too many knitted hats? I know, I may have mentioned the British Hubby and I were getting close to hat saturation towards the end of 2016, but I just can’t stop knitting them. Maybe I have a hat knitting addiction? As far as vices go, it could be worse. 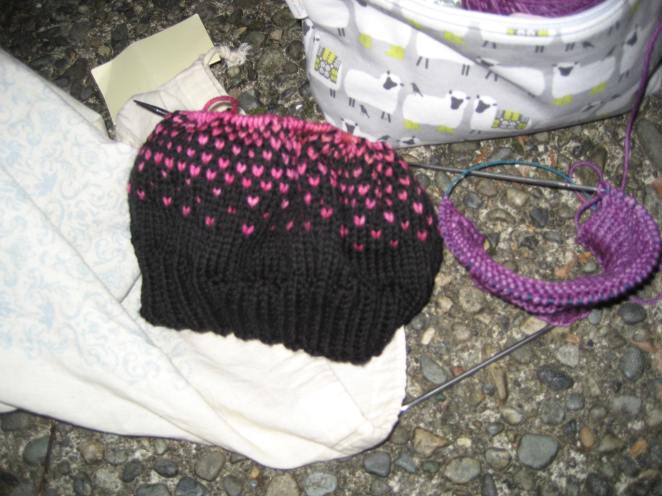 Here’s the first Aviatrix hat of 2017 in Malabrigo arroyo in borrajas hanging out with my Malabrigo Love of My Life hat. I’ve made some progress on this one. English Rose is now the dominant color. 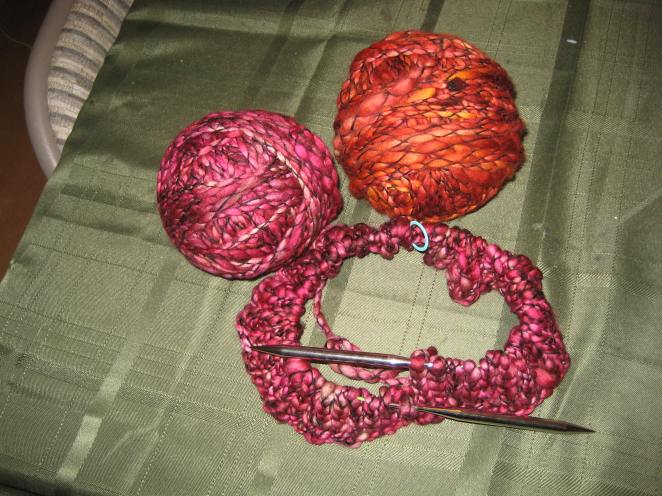 On Tuesday, I posted a teaser photo with recently wound yarn. Any guesses what my new casts on will be? Hats! This bulky hat has 76 stitches on US 11 needles. I have a nagging feeling this is going to be too big. I know I could knit a swatch, but who swatches for a bulky hat? 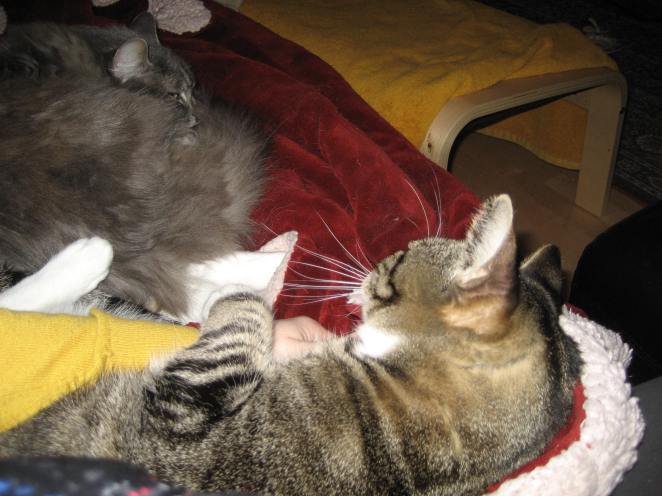 Ernie, Gracie and I had some quality snuggle time today. Ernie’s favorite.