Life doesn’t give us purpose. We give life purpose. ~ The Flash

Earlier in the week, I posted a teaser photo with two wound balls of super bulky yarn. I know I’m trying work down my projects, but sometimes when inspiration strikes one just has to go with it. Here are projects three and four for January! Super Kitty Hat 1 & Super Kitty Hat 2. Both are made with Malabrigo Caracol using size US 11 needles. The first hat had a few false starts trying to get the stitch count right. I settled on 52 stitches in the end. The second one was a breeze and knit up in a few hour. 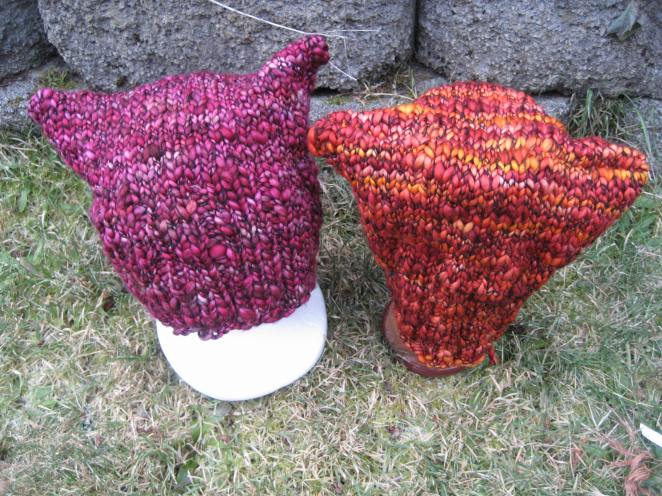 Friday night, I came home feeling slightly less than 100%. I’ve been fighting off a cold most of the week. The British hubby decided we should do an easier hike this weekend. While I know this was a good idea, I’m still a little bummed. We had a lovely chilly hike through the woods. We caught this little guy going about his day. He’s a little hard to find in this photo (hint: look in the middle).