I don’t think nuclear weapons will kill us, but germs will. ~ Raymond Martin

I know it’s been awhile. Despite my best efforts, I’m the latest victim to the British Hubby’s cold. Between working and the cold, I’ve done very little knitting. We won’t talk about how much our house looks like a war zone. Or how I still have only four out my ten Malabrigo March projects cast on. I’m still holding on to a slight glimmer I’ll finish a few projects this month.

Meanwhile, here’s a fun shot of Ernie. Even the kitties were frightened off by the violent sneezing and projectile snot. 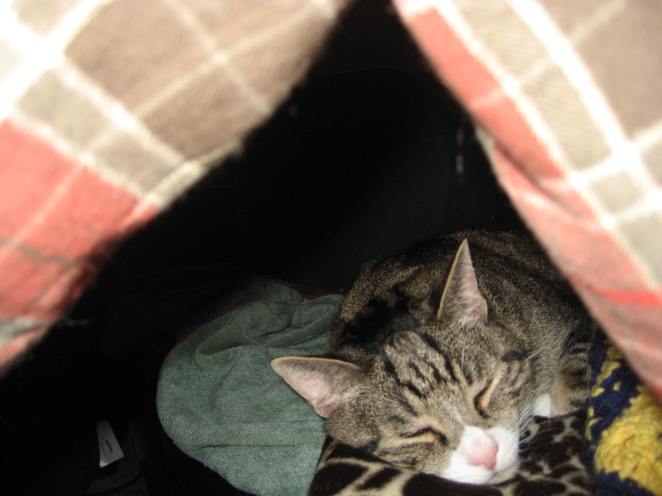 Maybe in a few days I’ll have a finished project. Or maybe I’ll frog one. If nothing else, I hope to have less phlegm.