This has been a challenging week both personally and professionally. I’ve accomplished some knitting, but not much. Earlier in the week I cast off liberated orphan number two! Introducing my Cozy Twist Cowl. It still needs to be blocked and have some ends trimmed, but it’s off the needles. That should fix the rolled bottom edge. I sort of like how the rolled neck edge looks. Fortunately, I managed an outdoor photo in between downpours this afternoon. I made some modifications. You’ll find them on my ravelry page. This makes five completed Malabrigo March 2017 projects. Just eight more to go. 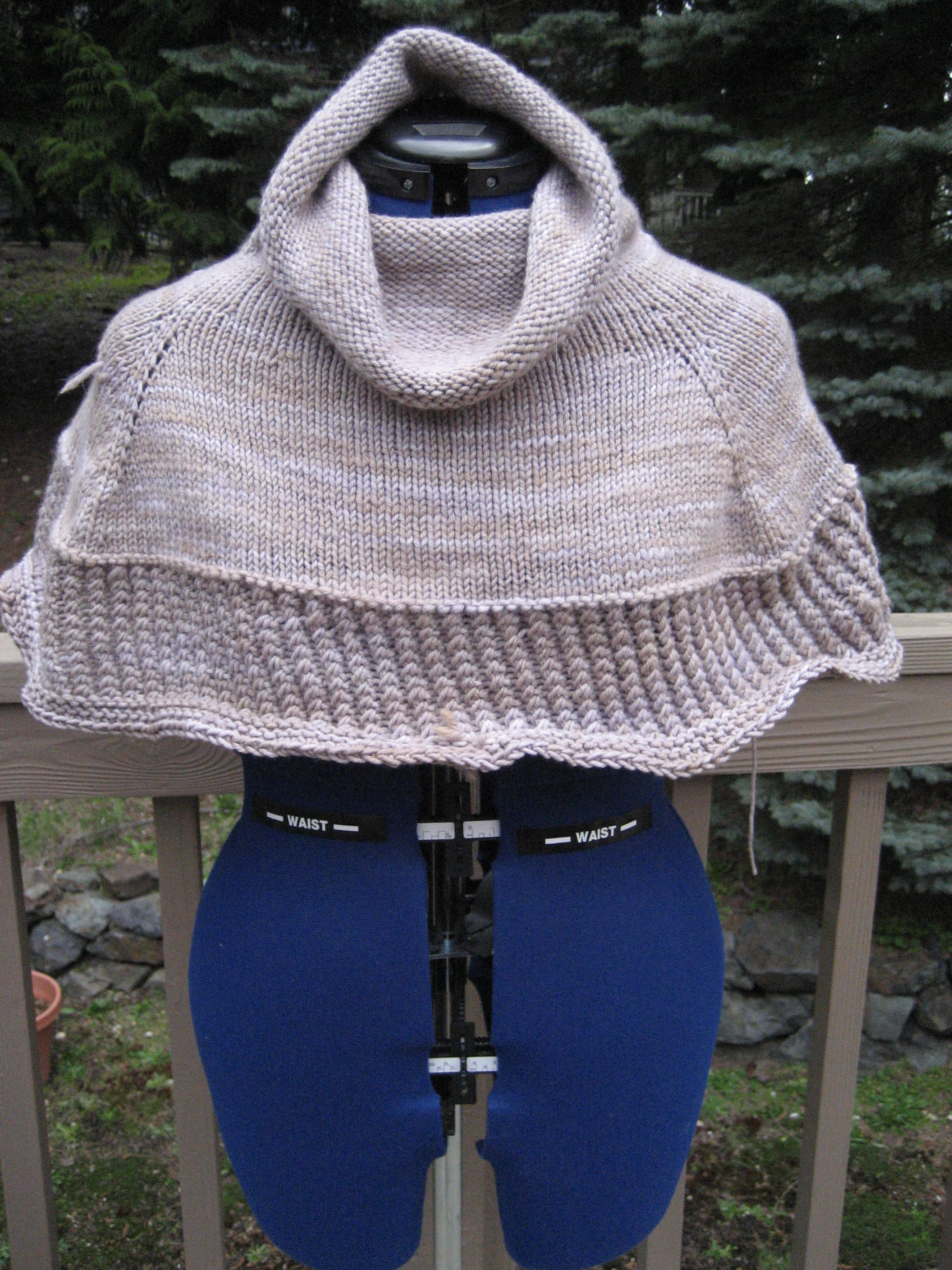 Here’s a progress photo of my Red Spinning Wheel Shawl. I have 10 rows completed in the first fan repeat. You can see the scallops. I’m using Malabrigo Rueca in Jupiter. This is a very enjoyable knit, but man are the rows get long. It does make for some great tv or Ernie snuggling knitting. 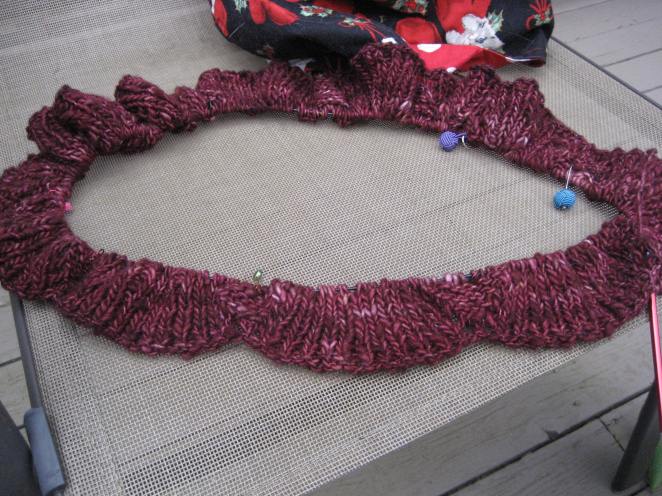 Ernie was trying to hide this afternoon from the storm. Poor kitty.