Saturday Night at the Movies

“All we have to decide is what to do with the time that is given to us.” ~ Gandalf, from Lord of the Rings: The Fellowship of the Ring

Typically, the British Hubby and I like to have a movie theme for each month. Since the Academy Award nominations come out at the end of the month, we thought it would be fun to watch the movies that won Best Picture. We’re starting with the silent film Wings, the first movie awarded Best Picture in 1927/1928.

At first, we started out creating our own lines for the actors based of our amazing lip reading skills, but by the intermission (yes, movies used to have an intermission) we were really into the story. This isn’t your typical WW I, love triangle movie. It had grit and depth I wasn’t expecting. This was also the movie that launched Gary Cooper’s movie career. Even in black and white, I was swooning over his classically stunning good looks for the full five minutes he was in the movie. I told the British Hubby he needs to work on his smoldering nonchalant gaze.

Our new favorite local butchers carries stuffed chicken breasts. Since you keep them frozen, I thought they would be great for those nights when I don’t feel like cooking or movies that have an intermission. Add a few veggies and you have a healthy TV dinner aka poke and ping as we like to call them. The British Hubby has named these poke and wait since they take an hour to bake in the oven. These chicken breasts were wrapped with bacon and stuffed with mushrooms. Two of my favorite things! 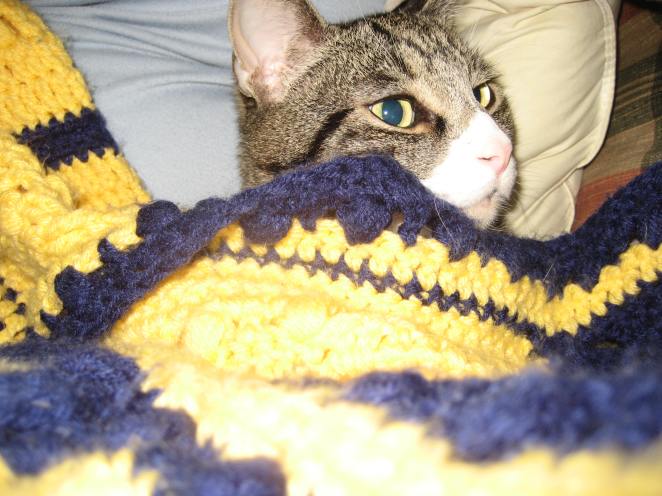 No new knitting to show. Since this was a silent movie, I had to pay attention to the screen. This gave me a chance to snuggle with The British Hubby and Ernie!