People who love cats have some of the biggest hearts around. ~ Susan Easterly

They were not excited to fast this morning to take a car journey and then visit the vets. Even more distressing was they had to stay there all day! Poor Burt had the worst insult. After two doses of pre-op drugs, he wasn’t dozy at all. Then the vet had an emergency surgery arrive. His cleaning had to be rescheduled. Doesn’t he look evil in this photo above? 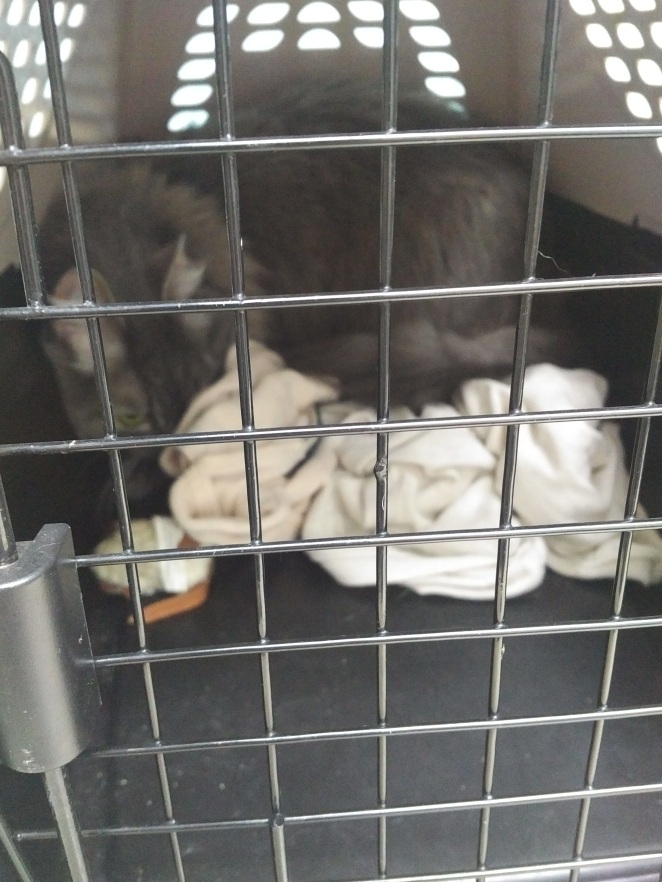 Gracie came home with this stylish purple bandage. She needed to have an extraction. Just one. Now we get to provide her with pain meds via a syringe for the next several days. And she has a lovely shaved band on her front paw like she’s in a kitty rock band.

This gave me the opportunity to get in some extra knitting while watching the world cup matches and snuggling with Ernie. Or I had hoped to snuggle with Ernie. Ernie was a little unsure about having the house to himself. He wondered around looking for the other two for a bit this morning.

I don’t think he liked being the only kitty. Gracie loves it, but Ernie is a social kitty. He needs friends. His kitty peeps. He hide for most of the day until Burt and Gracie came home. 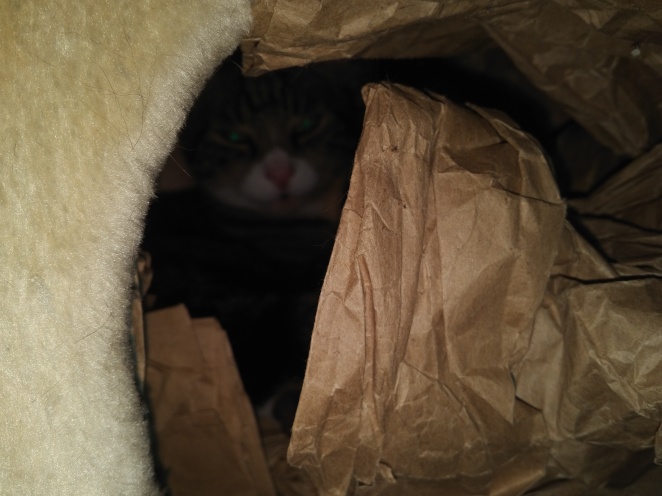 The photo above depicts how he spent most of the day. I think he was worried he was next. (Poor kitty, his appointment is in July.) Naturally, he was then upset because they smelled different. Oh, the fickle affection of a cat.

I did manage to get some crafting done today. More details on that to come.