Friday night is movie night for the British Hubby and I. You may recall on July 13, we started watching the numerous Godzilla movies. This weekend was King Kong vs. Godzilla. It’s never really addressed how King Kong gets back from NYC or comes back to life. Maybe there’s more than one, maybe he’s a zombie or maybe Kong rises from the dead? 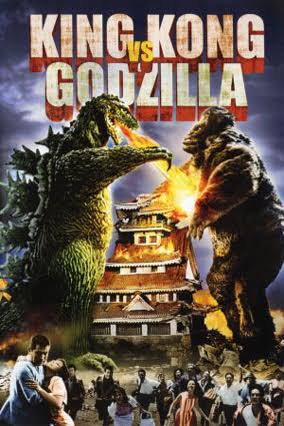 This movie has a bit of a slow build up. First, Godzilla has to break out from his iceberg enclosure. In Godzilla Raids Again, Godzilla was trapped in a frozen icicle avalanche. Then Kong has to save the villagers from a giant octopus before a Japanese pharmaceutical company takes him to the main land to be their corporate sponsor.

I especially love the scene when they transport Kong via ballons to Godzilla’s location. 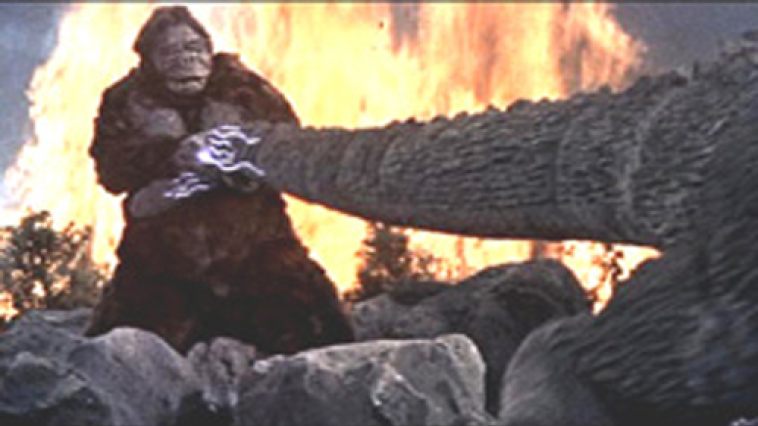 Kong really should be no match for Godzilla’s fire breathe. He also seems to now have scales that glow! A hand knit sweater might be more feasible now since wool is flame retardant. Maybe it’s the battle of the hand knit cardi?

Godzilla has survived an oxygen destroyer, ice avalanche, sand trap and million volt electric shock. It’s unclear if he survives Kong. The movie is opened ended to allow for your own interpretation. Or perhaps more movies? 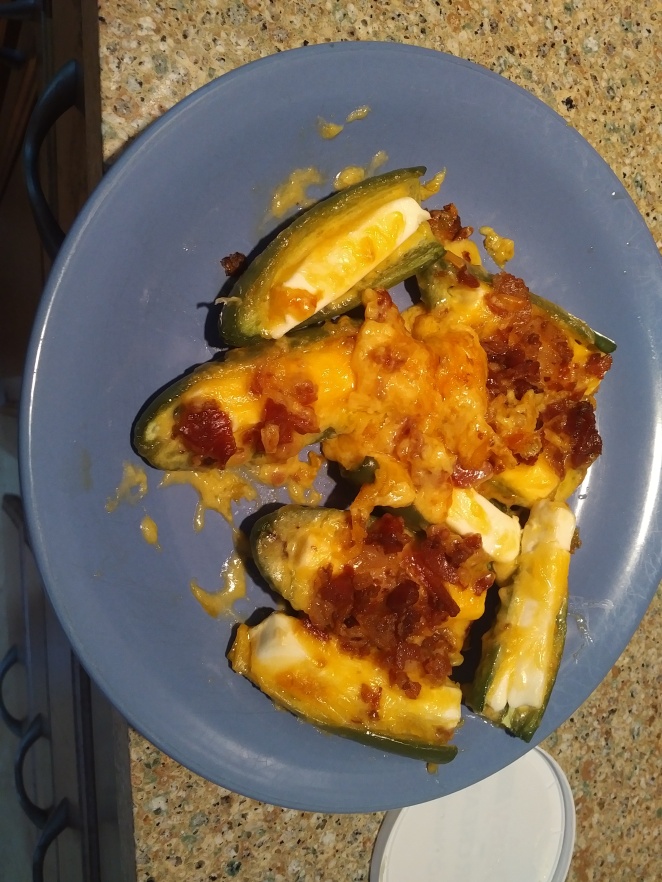 Jalapeno poppers have become our favorite movie watching food. It contains hardly any carbs (this allows me to imbibe in an adult beverage or two) and it feels a bit like we’re having take out.

Godzilla movies have subtitles so I have to pick easy knitting so I can keep my eyes on the screen. My Summer Linen Wrap is the perfect project for subtitles. I love patterns that end with decreases so the project is getting smaller just as I find it hard to keep interest in the project. 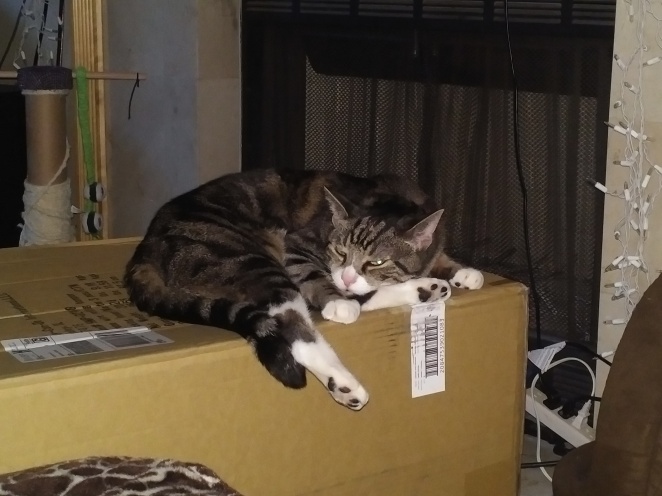 Ernie’s trying his own Godzilla impression. Sleeping kitty doesn’t quite have the same impact.