We make our own monsters, then fear them for what they show us about ourselves. ~ Mike Carey 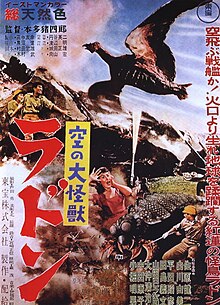 Two months ago, the British Hubby and I started watching the Godzilla movies. It was the last Friday the 13th. Godzilla has become part of our Friday Night Celebration. Two weeks ago, we watched Ghidorah, the Three Headed Monster. You may recall, Rodan and Godzilla worked together to defeat Ghidorah. 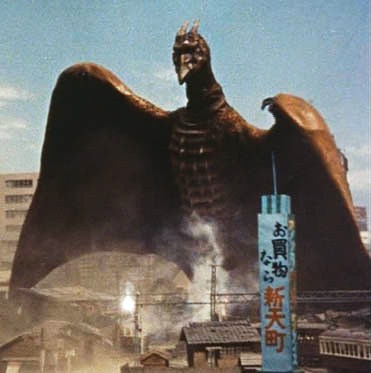 Rodan was an impressive mega monster created from nuclear testing. Its not surprising Rodan is featured in its own movie. One would think the Japanese people would be grateful that Rodan saved them from the giant dragonfly nymphs.

But like all great civilizations, the Japanese think their way of life is better than Mother Nature. The government was attempting to neutralize Rodan when a second Rodan showed up! The British Hubby thinks Rodan is a plant from the construction industry to drum up business. Did you see how much destruction their wings can create? It’s impressive. 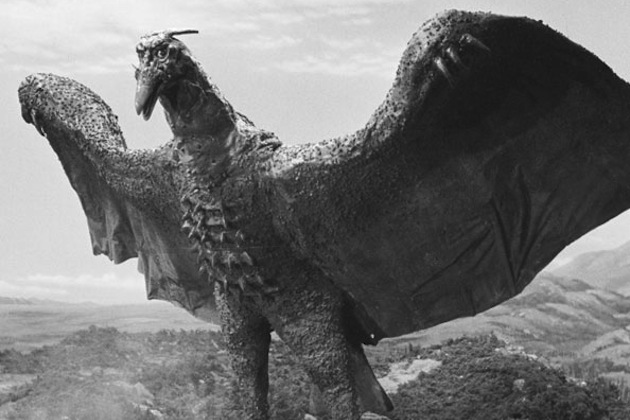 I can’t decide which mega monster I like better Mothra or Rodan. I suspect both have knitted nest cozies in their mega monster lairs.

One thought on “The Early Bird Catches the Dragonfly Larvae”