You have your fear, which might become reality; and you have Godzilla, which is reality. ~ Ogata

Friday night means two things: Cheep and Cheerful and a Godzilla movie, GRRRRRRRRRRR. Last night was Godzilla vs. Gigan. Godzilla and Anguirus team up to beat King Ghidorah and Gigan. 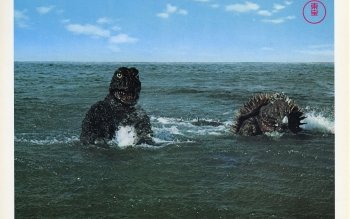 The night’s cheep and cheerful selection was from Wicked Cider Co. The flavor is Green Apple. It was delightful paired with my taco salad.

Gracie isn’t a Godzilla movie fan. I think she’s frightening he’s going to use his atomic ray to melt off all her fur! I managed to get two more rows of twisted ribbing completed on Plum Bias while protecting a sleeping Gracie during this movie. I’m so close to two inches!